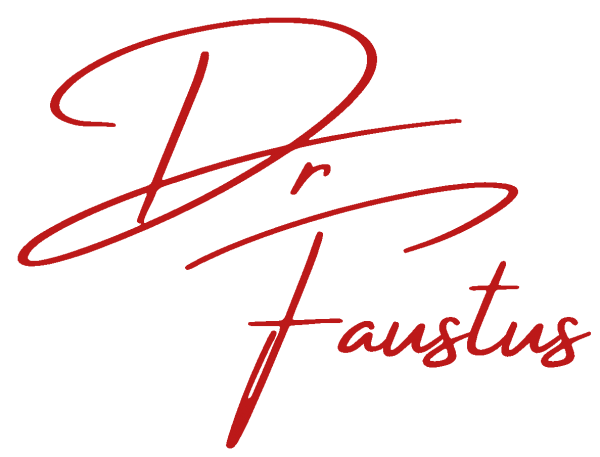 We are new, pop-up theatre company based in Stamford, Lincolnshire.

We hope you enjoy the performance

A Word from our Artistic Director

Welcome to our debut production!

It has been a wild ride since Laughing Tree Theatre was founded in 2019 – we started rehearsals for our first show in 2020, only for the COVID-19 pandemic to halt and change plans slightly!

Subsequently, we moved to doing some online community theatre work, with our monthly play readings, #ShakespeareFromYourSofa series, and online shorts.  All of this was great fun, and kept many of us sane whilst furloughed, but what a joy it is to be back in front of a real audience!  Particularly in a venue as beautiful and grand as this – the stunning Peterborough Cathedral.  I’ve wanted to do a show here for many years, so it’s a real privilege to be doing our debut production here.

We are all thrilled to be welcoming you to Doctor Faustus, a story of ambition, pride, magic and, ultimately, isolation.

It’s fitting then, that this is our 2021 production, as we come back in person to experience the magic that is live theatre.

What a venue for our debut production!

It has been such a joy to be back in the rehearsal room again, especially getting to work with this lovely team of people.

We’ve had a number of challenges along the way in this production, not least an already-short rehearsal period made shorter by COVID and a number of other factors.

This gorgeous mix of professional and amateur theatre-makers have worked tirelessly around their jobs and other commitments to get this show off the ground in a bare two months, and I am indebted to every person involved. 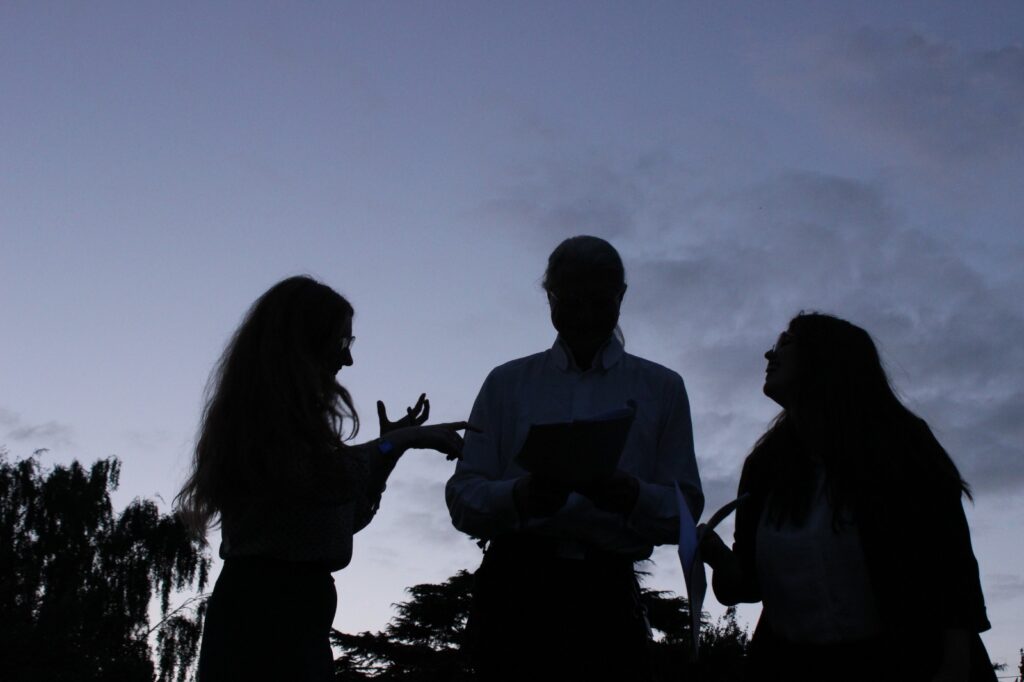 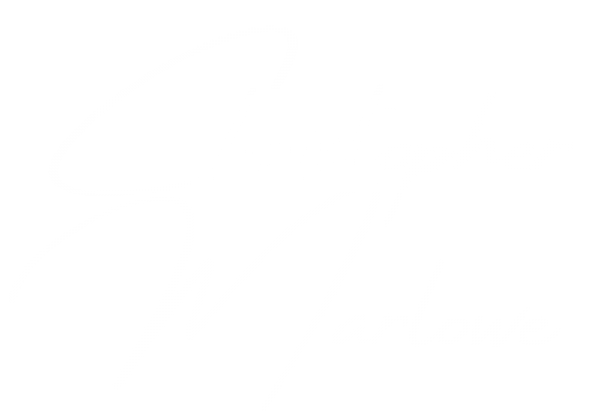 Born in 1564, Christopher ‘Kit’ Marlowe is considered to have been one of the leading playwrights in the Elizabethan era, and a great influence on William Shakespeare, of whom he was a contemporary.

Little is known about his life, but it is rumoured that he was a spy for the government, and he may or may not have been a Catholic or an atheist – both dangerous philosophies for an Elizabethan man.

He died in mysterious circumstances in 1593, aged 29.  It has been variously speculated that he may have been stabbed in a drunken fight over love, or assassinated for his political leanings.

The Tragical History of the Life and Death of Doctor Faustus was one of Marlowe’s later works, written between1588 and 1592.

The play was based on the German legend of Faust, and it has been alleged that actual devils once appeared onstage during a production, driving some of the audience mad!

The Devils and the Demon Band

Edward is an alumnus of National Youth Theatre and the Andrew Lloyd Webber Foundation’s New Theatre Talent, and has served on the Production Team for Leicester’s The Little Theatre.

His theatre credits include Pygmalion in Arrows &Traps Theatre’s Talking Gods season (The Jack Theatre, 2021), Charles Dickens/The Signal-Man in The Signal-Man (Arena Theatre, 2019), Ragdale/Jayson in The Frontline (Curve Theatre, 2018), Lord Biggins Wiggins in Cream Tea & Incest (The Hope Theatre, 2018), Alan Strang in Equus (Attenborough Arts Centre, 2017),Romeo in Romeo & Juliet (The Oat Hill, 2016), and Captain Stanhope in Journey’s End (The Little Theatre, 2014). Edward’s film credits include Ben in Dead Air (Fishbulb Films, 2020), Frank in My Friend Frank (Badshoes Films, 2018) – for which he was nominated for Best Supporting Actor at The Midlands Movies Awards –and Eric in Behind The Lens (Jordan Dean Films, 2017).

He is also the host of ongoing actual play series Cantrip Breakers, and collaborated with Stories Told on their charity stream in March, raising money for Mermaids UK.

Guy describes himself as a cliché. He has always worked in the triumvirate of Court, Church & Stage. When he took voluntary redundancy and gave up his Barrister’s Practising Certificate in 2010, he worked as an actor and a Cathedral verger before joining the Bridge Theatre Training Company for a year hoping to acquire professional polish.

He first worked on Faustus with Radius, the Religious Drama Society of Great Britain. Having played God in the Mystery Plays, the role of Mephistopheles was irresistible. Guy has played stages the length & breadth of Britain, from The Minack, Cornwall to Edinburgh Fringe, Stockport, Macclesfield, Tolethorpe, & Stamford. He has done both film (e.g. The Spaceman & King Arthur) & YouTube, including no less than four versions of Under Milk Wood; but live entertainment like Murder Mystery evenings, the stage, and the magic of radio are what he really loves.

Stephanie is the Artistic Director of Laughing Tree Theatre. Her recent theatre credits include: Maria in Love’s Labours Lost (2021), Fabian in Twelfth Night (2019), Maria in The School for Scandal (2018), and Margaret in Much Ado About Nothing (2017).

She has given guest lectures and performance workshops on Shakespeare and his contemporaries in various schools, colleges, and universities across the country. As part of Laughing Tree Theatre’s community arm, she helped instigate the #ShakespeareFromYourSofa project, giving actors the opportunity to come together virtually during lockdown to have fun with Shakespeare’s texts and challenge themselves to take on new roles.

Stephanie has a PhD in performative melancholy in 16th-17th century drama, and is thrilled to be working on one of her thesis’ main texts, Doctor Faustus!

Richard has been performing amateur dramatics for nearly 25 years -during which time he has been a member of the Stamford Shakespeare Company, performing in at least one play during their annual summer season. He has portrayed many of the Bard’s characters including Brutus in Julius Caesar, Banquo in Macbeth, Lord Capulet in Romeo and Juliet and Horatio in Hamlet. He has also portrayed other characters with the company in non-Shakespearean roles such as Bill Sikes in Oliver Twist and Porthos in The Three Musketeers.

Richard is also a member of the Rutland Musical Theatre company and has appeared as Nicely Nicely Johnson in Guys and Dolls and as Professor Callahan in Legally Blonde. Sadly due to the recent pandemic his portrayal of Lazar Wolf in Fiddler on the Roof has had to be delayed until Easter of 2022.

Richard has also recently joined the Stamford Shoestring Theatre Company and will be appearing in the December production of A Christmas Carol.

The Magpie written by David Dodds

Thanks are due to Melanie Russell, Ali Loakes, Dan Stamp, Guy Torrance and Rob Fraser.

Particular thanks to Stephen and Julia Fraser and to Kelly Bennett!

Thanks to Nick Farka at Red & Round for creation of the e-programme.

With great thanks to Peterborough Cathedral and their staff for the use of their gorgeous venue.

This production is dedicated to Stephen and Julia Fraser, for their great help and support